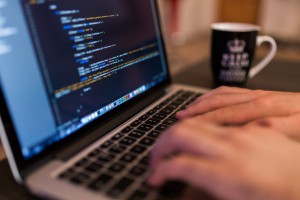 According to a recent NBC report, parents in Florida are working to have computer coding considered a option for the foreign language requirements of high school students.  The news story notes that such a designation, according to supporters, “will expose more students to coding and provide them with important skills for the workplace.”

Texas apparently already allows coding as a foreign language when a few criteria are met. And states like Georgia and Washington are exploring options similar to what Florida is considering.

Historically, universities have required many candidates pursuing their doctoral degrees to demonstrate proficiency in at least two foreign languages. That led many students to learn just enough Spanish, French, or German to meet the requirements. In recent years, though, those universities now accept proficiency in “languages” like statistics and now coding to meet the requirements.

When it comes to the value of fluency in computer coding, a New York parent quoted by NBC is absolutely right: “Coding is a language. Every business or career track does have a use for capable coders: Wall Street firms, law firms, accountants, etc. Technology is the frontier that needs the best and the brightest. Learning French or Spanish will help, but in the broader marketplace are you more likely to be hired for your language skills or coding?”

Write us at blog@studentresearch.org with your comments.