Home>Careers >The Future of High School Graduates
13 January In Careers, Education by ERCA

The Future of High School Graduates 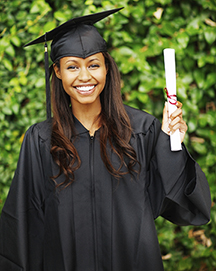 But as The Washington Post recently reported, that trend is facing a major change. As the Post’s Nick Anderson wrote:

The nation’s total output of high school graduates peaked in 2013 at nearly 3.5 million and is projected to stagnate for most of the next decade, but the Hispanic share is expected to boom, according to a new report.

The demographic shifts point to major recruiting challenges for colleges following an era of steady growth in high school graduates that started in the late 1990s. While that growth had provided a solid pipeline for schools focused on serving traditional students between the ages of 18 to 22, the supply of these students appears to be dwindling or leveling off in Maryland, Virginia and elsewhere.

These shifting demographics provide a reminder as to why student perceptions are so important when it comes to college and career goals. The future of college graduates requires postsecondary institutions to focus more on the needs and interests of prospective students. It means a better grasp of today’s learners and a better grasp of those pathways tomorrow’s learners most need. That only comes from understanding the interests, passions, and goals of all students.

Please send us your comments and feedback here.